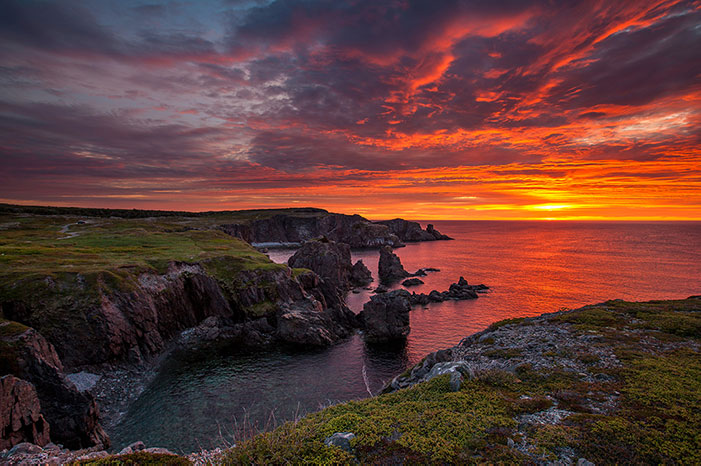 It's been another busy month for the team at PhotoSnug as we've released the Photographer's Guide to Newfoundland!

Last July, my wife and I decided to take a quick vacation before our new puppy arrived. A puppy, what where we thinking!! Anyways, we wanted to go somewhere we haven't seen before and was relatively close to us. As a Canadian, we've heard great things about Newfoundland, so we decided why not, let's go and check it out.

All rumors are true. It's easy to be awestruck by the beauty that can be found in Newfoundland. The grand coasts, beautiful landscapes, the lack of crowds and sensational sunrises / sunsets. A photographer's dream! It was at this point I decided we need to add Newfoundland to our growing list of photographer's guides

Fast forward to November, where award-winning and professional photographer, Michael Winsor, agreed to join us in developing Photograph Newfoundland. Over the past winter, Michael and our team have been quietly gathering and reviewing locations to add to the app, eventually narrowing it down to 53 unique locations across the island. We've even added a link allowing you to find where the icebergs are.

Today we're proud to release the app on Apple, Android, and Windows devices.

To learn more, check out The Photographer’s Guide to Newfoundland.

Michael Winsor earned a business degree from Memorial University and worked there in the information technology field. However, after a lifetime exploring Newfoundland, Michael decided in 2011 to follow his true passion and develop his skills to create award-winning images from the province he loves. While Michael has been published and sells his work all over the world, he also has his work exhibited across Canada in national museums such as the Montreal Biosphere and The Rooms, and on a local Newfoundland mural of over 3500 images. Michael’s award-winning image of Ferryland Iceberg has also been selected to represent Newfoundland & Labrador on an international postage stamp in Canada.

As the leading landscape photographer in Newfoundland & Labrador, Michael is the founder and owner of Newfoundland Photo Tours. Michael strives to provide the best locations and times to photograph the rugged beauty of his province. With expert local experience, he also knows how to locate the icebergs, whales, and puffins that visit Newfoundland shores every year. If you are interested in finding out more about Michael's workshops, please visit www.newfoundlandphototours.com